Trabajo Sucio starts strongly at the US

Trabajo Sucio starts strongly at the US

Very popular film Trabajo Sucio arrived last weekend to theaters in the US territory after its premiere on Dominican Republic and Puerto Rico, countries where it had an important acceptance that translated to a very good ticket sale. This film is on 28 movie theaters across the United States, stating cities like Boston, New York, Philadelphia, Atlanta and Florida.

This comedy movie it can be found at the tip of sales on cities like Jersey Gardens, Providence and Lawrence, places where it haves the highest average by ticket sale and it overcomes other popular movies, such as Venom and A Star Is Born.

If you want to enjoy this movie, you could go to any of this movie theaters spread across the United States: 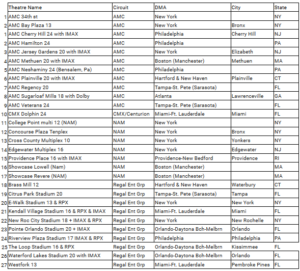