After five years, the latest edition of LALIFF occurred. Known popularly as International Film Festival of Latin Films (Festival Internacional de Cine Latino, in spanish), shows the best of Hispanic films within the US territory, promoting at the same time culture and lifting the industry to its top.

This edition took place in Hollywood center, specifically on the well known Chinese Theater, house of cinematic art since long time ago. Dates in which this festival took place was great as well, since it pursued to join Hispanic community with american, to celebrate storytelling and future stories to tell.

During the LALIFF, we had the chance to project the movie Veneno (Poison, in english), with the festival support. This Dominican production is inspired in the wrestling king, Rafael Antonio Sánchez, known popularly as Jack Veneno (Jack Poison). 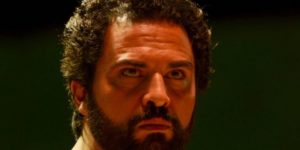 The movie, directed by Tabaré Blanchard, counts with a lot of latin talent. All of them had the chance to know more about this popular wrestler’s life during the realization of the festival. Here’s a picture of the people who assisted the projection. 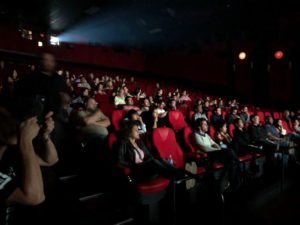